Time for another update. This time, most of the work has been getting done outside of the engine itself. Mostly concept artwork, spriting, interface design, scenario writing, and the like.

A preliminary build of the game's first chapter was finished recently. Detailing roughly how the game would play. It was actually a mad rush to try and complete something even remotely similar to what we wanted, but in the end, after several second guesses as to whether it was even possible, it happened. We made it.

Of course that's nothing to stop at now. So much more needs to be made. Finalized sprites, art assets, writing needs to be edited for quality, but all in all, we're getting there.

I imagine that actual engine work won't be resumed for a bit as feedback is collected and changes are made. In the meantime however, asset creation and writing will continue on.

I'll leave off with some visuals

Sprite concepts for Morrighan. These actually turned out to be quite entertaining to make. 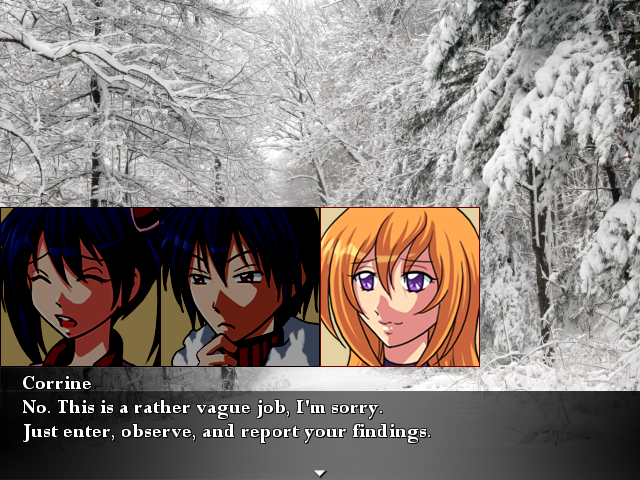 
Thanks for reading, and catch you next time.
Posted by Skie at 1:19 PM 5 comments:

It's that time again. Time for an update. Now, what's been done in the time since the last update?

Nothing. Nothing at all.

...Okay that's a huge lie. We've actually made a TON of progress, I can proudly say. The game, in it's current form is at a playable state, which includes the entirety of the first chapter. The battle system and it's mechanics are completed, the Symbol Map system is functional, and the menu systems are all mostly functional.

What needs to be done now is work on various assets. I have people assisting me with spriting, so the battle sprites are being handled at a good rate. I wager the playable party members will be completed sooner than forecasted. Music is being made at a good rate as well. I definitely have to give my respect for those who are contributing to the project.

I'll take this time out to speak a little about one of SEM's current character customization systems.

In the last version of the game, characters leveled up, and upon doing so, they gained more of a certain stat of the player's choosing. This could be changed at any time. I decided to do something different this time.

Now, each character has 5 slots in which they can equip different 'Quartz'. One Master Quartz, which influences the character's entire stat spread by percentages, with positives and negatives. Then four base Quartz, which determine the character's elemental resistances, stats by numbers, as well as any other additional effects.

With this system, you can more directly build your character's stats by changing their combination of Master Quartz, along with Base Quartz, without having the permanence of spending points on them and being dissatisfied later.

Both Master and Base Quartz can be found on Symbol maps, as there is no buying items with money.

And that's pretty much it. 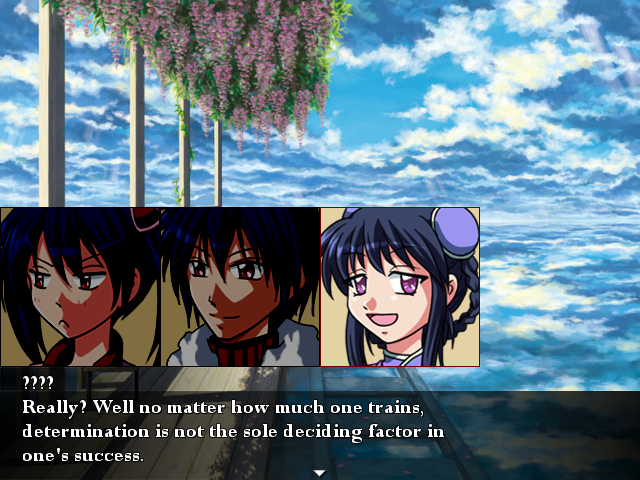 And I'll leave off with some art.

And that's all from me. Till next time.
Posted by Skie at 1:47 PM No comments: